I was gonna do one of those self-indulgent Facebook statusses and/or tweets about how good 2012 was, but then thought ‘why stop there? Why not do a self-indulgent MASSIVE BLOG instead?’ Exactly.

10. Chergate
It’s a highlight in the loosest possible sense of the word, but it was certainly a memorable day when Cher went on a Twitter tirade against me because of a tenuous news article I had churned out four months earlier – despite clearly stating it had A) been denied, and B) been started by a US tabloid that I have nothing to do with. I have duly added “VAPID, INANE, BANAL” to my CV.

9. Weddings
Two cracking weddings occured in 2012 – firstly Zoe and Darren in May, then Paul and Gill in September. Emeli Sande neglected to appear at either event, which is quite rare for her :(

8. Belper banter
Turns out one of the most picturesque corners of Britain is not in fact in a corner but slap-bang in the middle. Checking out the “HEIGHTS OF ABRAHAM” (only works if said like Peter Dickinson) and discovering the amazing board game that is Balderdash were two highlights. Company wasn’t too shabby either…

7. Birthdays
Nothing keeps the jokes coming in full flow like a good birthday night-out. Ellie and Jenny put on a good shindig at Proud in March, Claire had a stunner in April, Jamie had her annual epic ‘gav’ at the end of June, Nick provided an excuse to escape to Norfolk in July, Natalie got brilliantly smashed and Sophie introduced me to her RIDICULOUSLY COOL friends during their respective nights out in October, Roberta had a riot in November and – if I may say so myself – I had quite a fantabulous ‘bash’ myself a couple of weeks ago.

6. Assorted Norwich banter
I think there was one point, during February/March, when I was in Norwich once a week for SIX ACTUAL WEEKS; be it sorting Edinburgh stuff, seeing people, seeing shows or whatever. Since graduating I have still gone up at least once a month to see Himself, and it’ll be sad in six months’ time when that year group all graduate themselves. STOP GETTING OLD.

4. Various cool shit for work
The Summertime Ball and T4 On The Beach were both cool days, there have been a handful of really cool interviews, and getting to go to screenings/press conferences etc has been a lot of fun. But this year the best bit about work was meeting some amazing new people… shifts making the, er, shift from being home-based to office-based introduced me to a load of brilliant new friends, all of whom I LOVE.

3. Overdue catch-ups
In the harsh world of Being A Grown Up (ish), seeing your closest friends gets trickier and tricker to organise. So when people do come together, it’s always brilliant. Whether it’s just a few people at Wagamamas, a trip to a Hatfield coffee shop, going a bit crazy with the pitchers on a weeknight, sending a BFF off to Australia, or partaking in a massive fuck-off reunion in Hyde Park, there’s always another in-joke round the corner and an excuse for a wittily-titled Facebook photo album to make it look like I still have a life.

2. Christmas in Shezzaland
Mainly because I completely ran the show in terms of card games and Balderdash, but you get the point. 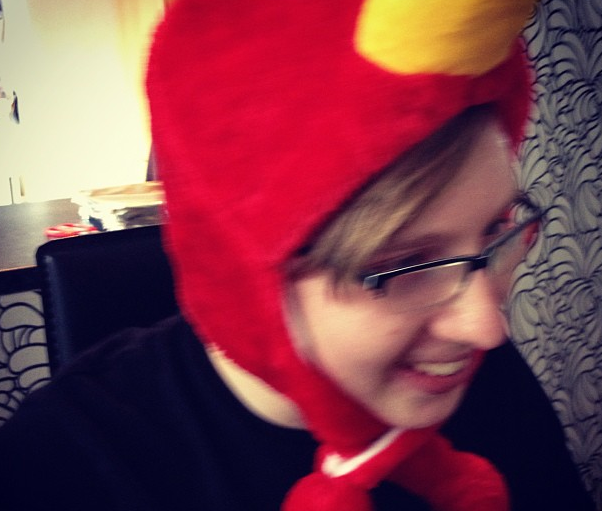 1. Edinburgh/’OLIDAYZ
What. An. Experience. We were so unbelievably lucky when we went to Edinburgh this year. The cast turned my average script into something quite entertaining, we averaged an 80% audience capacity (far above the Fringe average of 35%) and even winged a sell-out. We also stocked up on a tome’s worth of inside jokes that will see us through for years and years to come. Most importantly, from now on no rehearsal process will be complete without at least one completely needless Australian Accent Run.